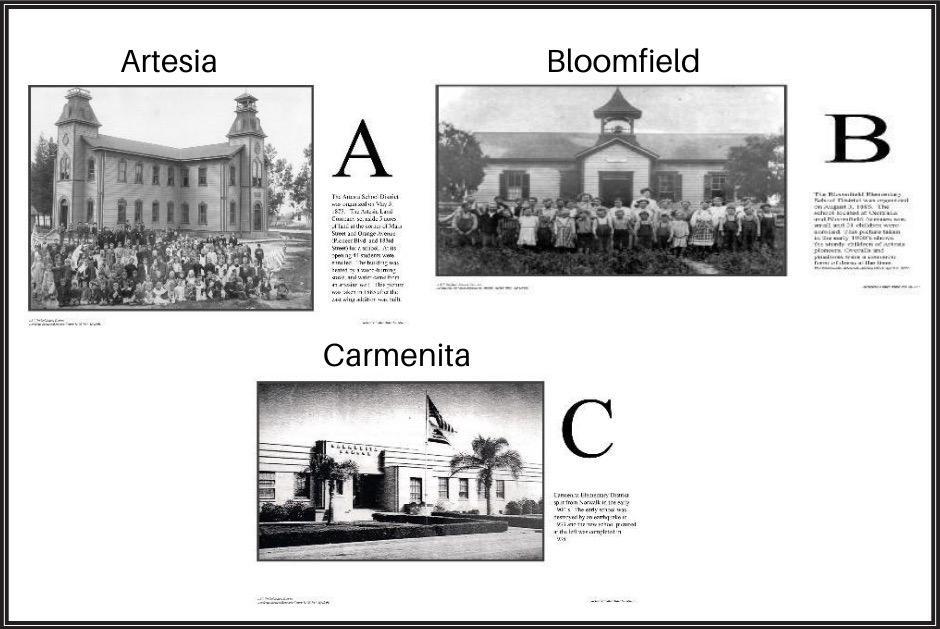 unified and became known as the ABC Unified School District.

Located in an attractive suburb on the southeast edge of Los Angeles County, the District is within easy driving distance to the major Southern California attractions, airports, and universities. The District is approximately 15 miles from beautiful Pacific Ocean beaches and within two hours of local mountains. The ethnically and economically diverse community is strongly supportive of ABC schools.

The ABC Unified School District is known throughout the State of California as a leader in educational planning and innovation. The District has received county, state, and national recognition for outstanding programs in counseling, alternative education, staff development, and labor relations.

Staff members have been selected to participate on state, and national educational committees and have been invited to make presentations at national, state, and local conferences. Students have been recognized as National Merit scholars, academic decathlon winners, and participants in the Model United Nations program. Approximately 85 percent of the graduating students go on to higher education.

Ongoing partnerships with the community college, regional occupational program, state universities, and local businesses are an integral part of the District's planning process for educational improvement. An atmosphere of participative management prevails, with teachers, administrators, and the community working together to build strong, quality programs.